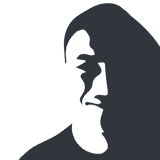 The art of assumption making

Don’t ask yourself what is the art of assumption making yet, just ask if you have ever seen the assumption-making as an art? Can you see it now if you take your time to think about it deeply? First time when I asked myself this question, I was like, “Well, at least the person who assumes right all the time must be a successful one, no?”

A weird thing to ask from the scratch of this article, but this question is rooting in my mind lately. The more I’m paying attention to a wide range of assumptions the bigger is the suspicion growing inside me and throws with questions like “How valid is the information we encounter every day?” or “How accurate is the communication between us as humans,  team-mates, friends, lovers or husbands?”

Being part of a team makes me struggling to identify which parts can make us better on multiple levels: individual and collective as well. In my opinion, attacking the assumption is critical because if the team does it right, we win time, and if it does it in a wrong way, well, we need to figure it out.

What is an assumption?

I like to call the assumption-making the tool which handles the unknown or the probable. Making an assumption is a powerful thing, this gives you the power to consider some untested facts as true.

As a programmer, I can dare to compare the assumption-making action with any cache system, and the main point is that they are both powerful because of their speed.

I’m crazy enough to take it to the comparison level, so let’s assume the cache/assumption as:

Is faster to assume a fact than actually checking it.

Is faster to assume a fact than actually checking it.

There is always a chance that the cached version might be outdated.

In particular cases, the cached version requires a manual validation.

For an assumption to be valid sometimes you need a manual check like reading a book, google it.

Works most of the time with the latest hit.

The recent experiences with the subject have a greater impact on assuming.

An assumption is also a powerful tool for handling in math, logic, algorithmic, and it is always triggering some interesting discussions like this one.

My point is that the assumptions are necessary for our communication, and we need to be a little more careful when we think “Meh, it’s just an assumption, I can work with that.”

But we are only humans

The point of this article is actually to reveal the huge power of assumption-making in human relationships, interactions or even planning. Every team has to suffer a lot when the so-called “poisonous assumptions” pop in.

What do I call a poisonous or toxic assumption?

To avoid that, maybe we should exercise to rely first on positive assumptions:

Small note: even the Agile Manifesto is base on 12 assumptions 😉 yeah the big famous team managing concept is based on pure speculation, ha!

I’ve been truly inspired by listening to Sheena Iyengar TED talk The choosing art. She talks about how an environment can affect the assumption over choices.

The most eloquent example I can give to you is the fact that American people see the choice as a birthright and the Japanese people see it as an action with responsibility. I’ve learned how much can the cultural origin and the beliefs hurt our assumptions. Can you imagine how many decisions, critics or self-thoughts are made every day based on the simple fact that we grew in a certain environment or country?

If a subconscious thing as our culture can affect our choices and our perception regarding a bunch of perspectives, I believe that there are more factors interfering here. For example, I think that an assumption is also influenced by:

In the end, all this article is an assumption since I’m not a psychologist with a degree nor a successful entrepreneur. I just had the pleasure to dig deeper the situation and try to communicate around it in a way that represents me. Instead of a conclusion, here’s a quote:

Never assume the obvious is true.